Thank you for visiting our online art show. Entries have now closed.
Voting will be open from Monday 11th October to Friday 22nd October.
The People's Choice Award voting link can be found at the bottom of the page.

In celebration of Mental Health Month, South Eastern Private Hospital would like to invite artists to participate in the 2021 online art show titled ‘Connection’.

The art show will be held on this page from Monday 11th October to Friday 22nd October.

Categories and prizes include:

Voting for the People's Choice Award will be open for the duration of the online show, with both winners being announced via our social pages on Monday 25th October. 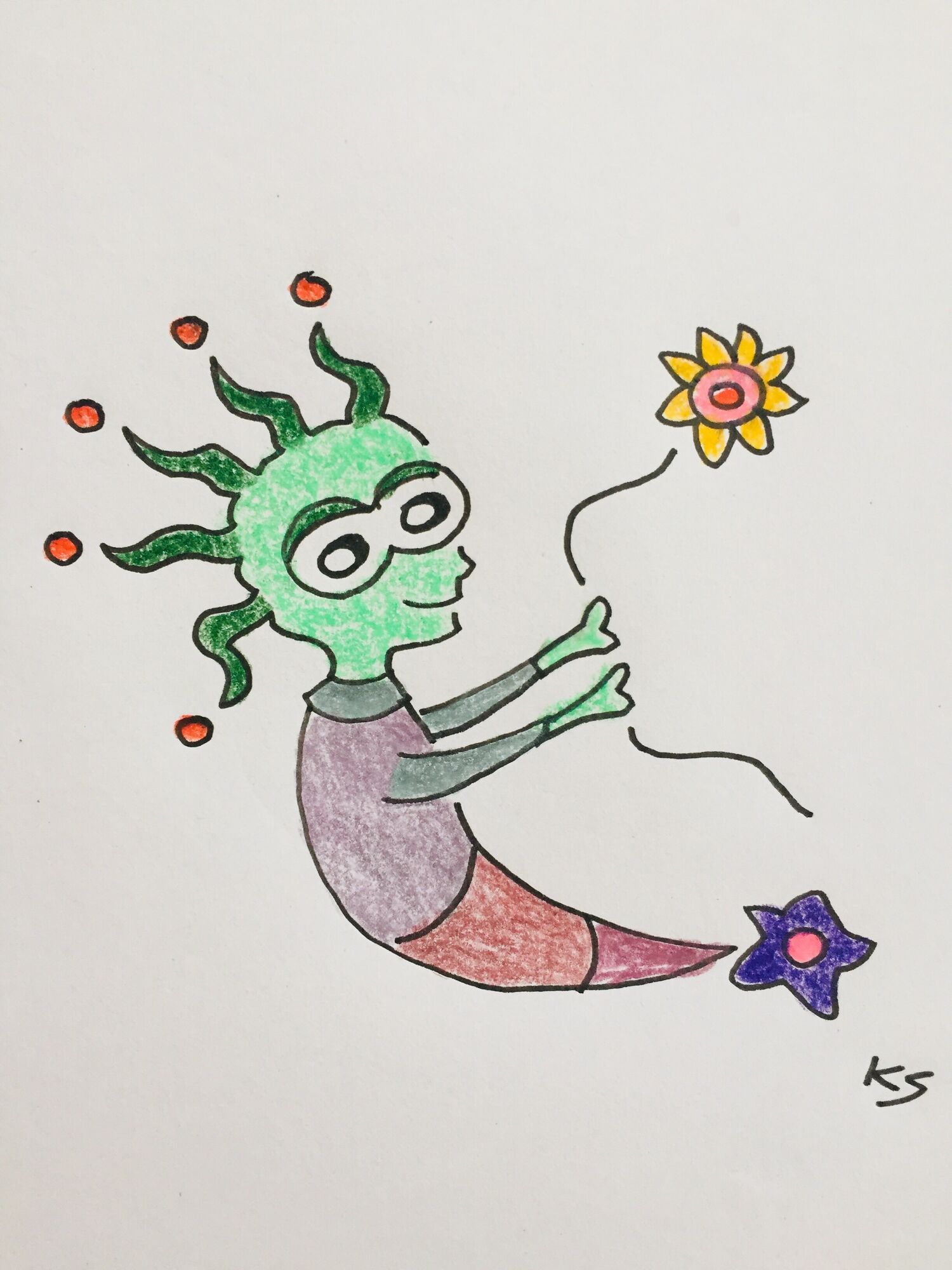 2. The Connection of Transformation
This artwork was created at a time of transformation in my life. The symbols on my artwork represent moments of time that have led me to now. The peace and love sign represents the era I was born, the feather and dream catcher represents my dreams, the flower represents refinement and nature charm, the peacock represents regrowth, rejuvenation of self-confidence and self esteem. The heart represents personal consciousness love and life force…. 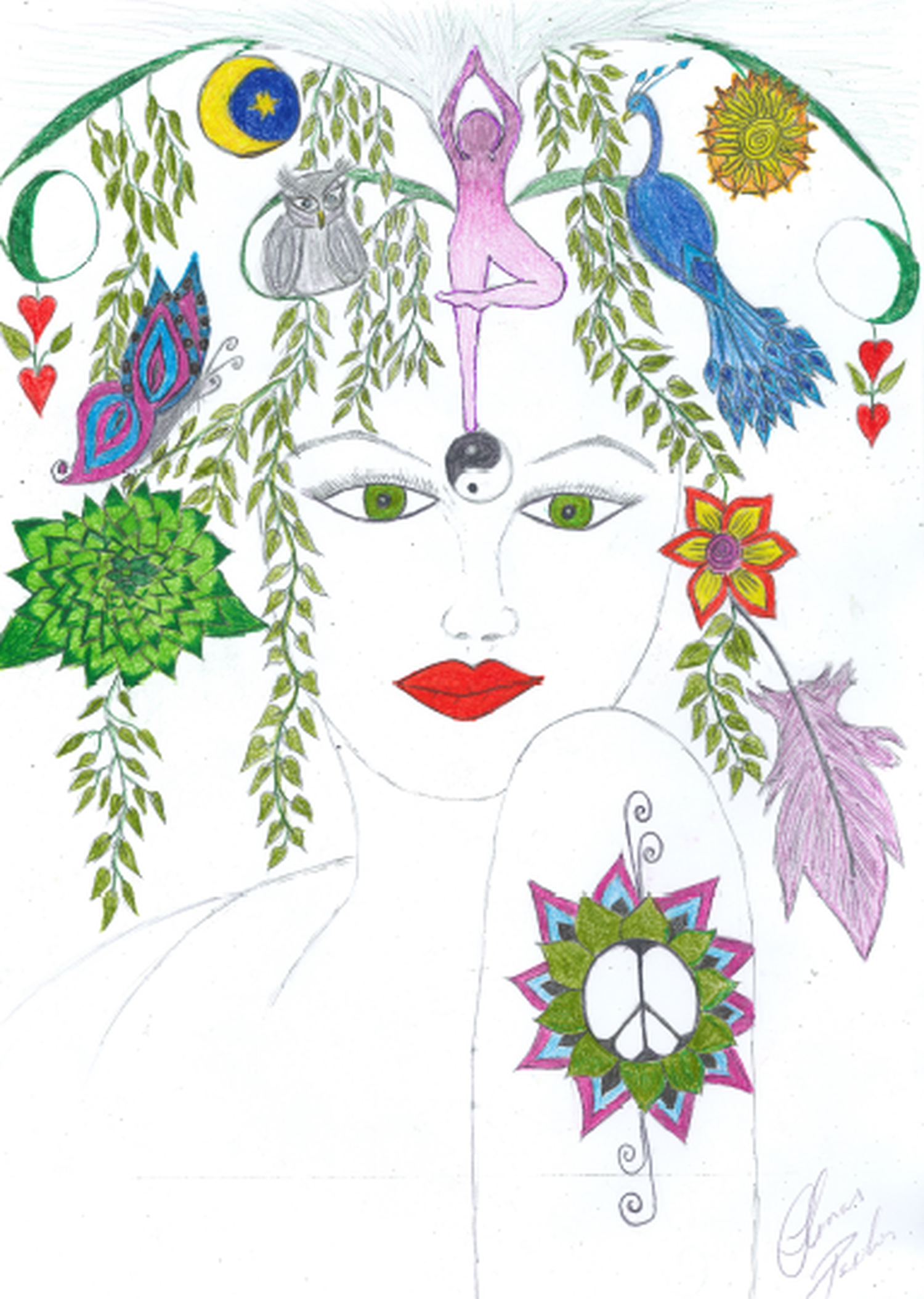 3. Poem
The poem shows the connection between ourselves and our inner child. We are connected so closely that by simply listening, seeing and hearing our inner child we bring healing from life’s troubles. The warm glow of pink in the woman represents love and the rainbow shows the many faces of healing. A mother and baby is the strongest connection on earth and illustrated the power of connection to our inner child. 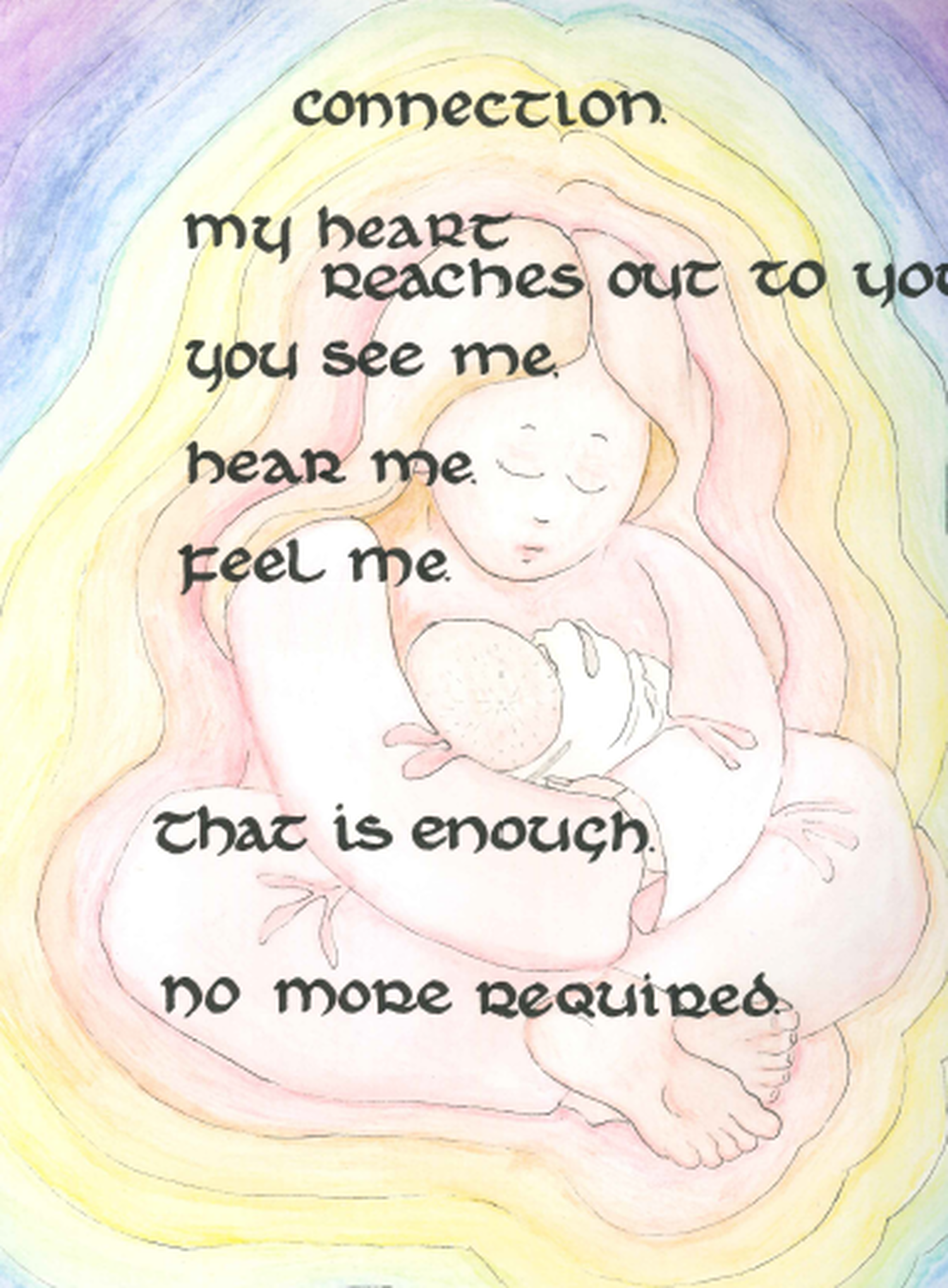 4. Pendant
The pendant show the connection between us all and this beautiful country. It is made of Australian jasper which was cut from a piece straight from the ground. The patterns remind me of an indigenous painting bringing out our spiritual connection to the land. The setting and clasp is made from sterling silver – which comes from the land and connects us again. The leather strap is from the animals that graze our land and feed us. The pendant brings all these things together bonding the connection between us all as people of Australia. 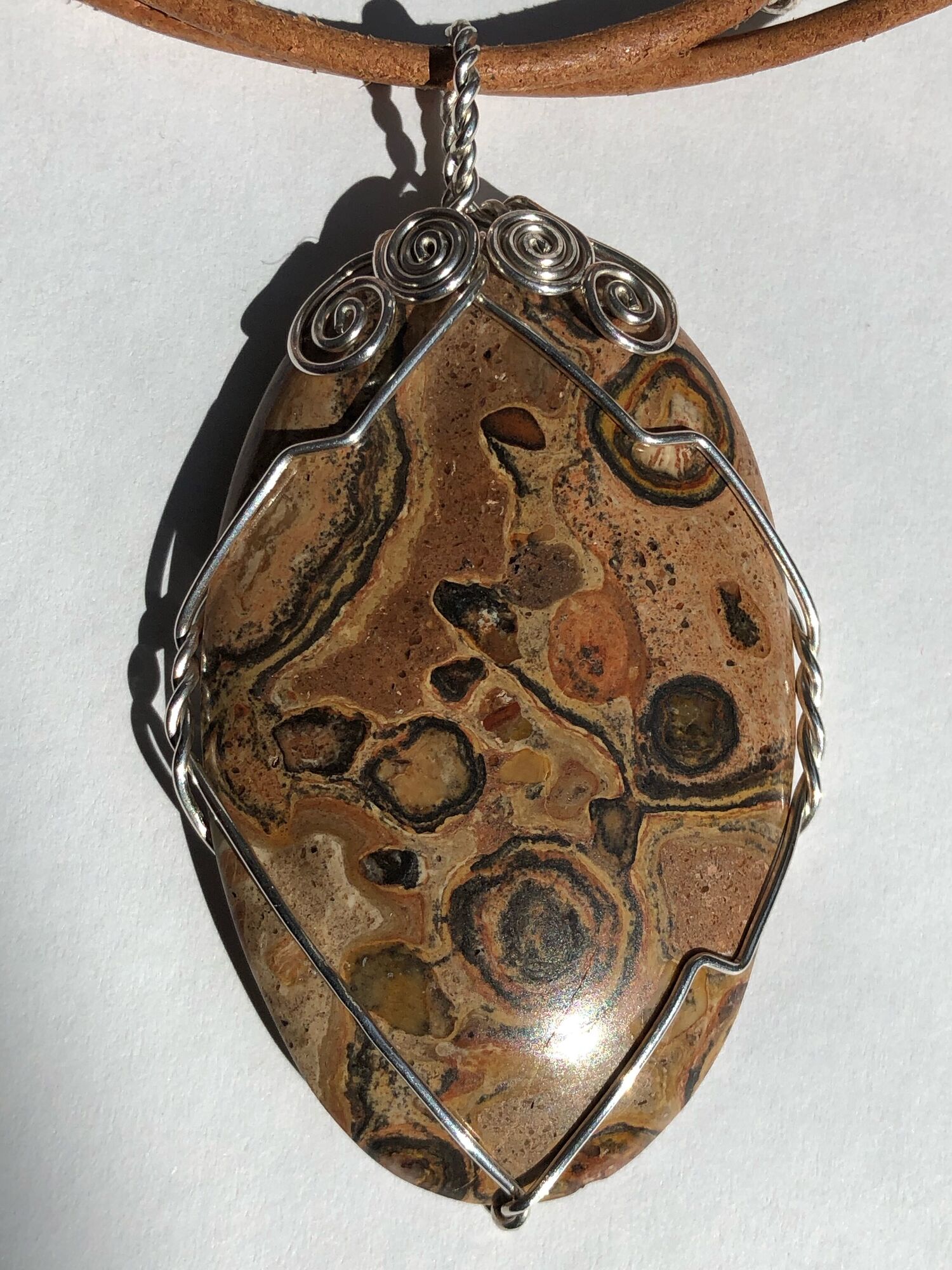 God having a love for God and the angles and Mary Jesus gave me the inspiration. 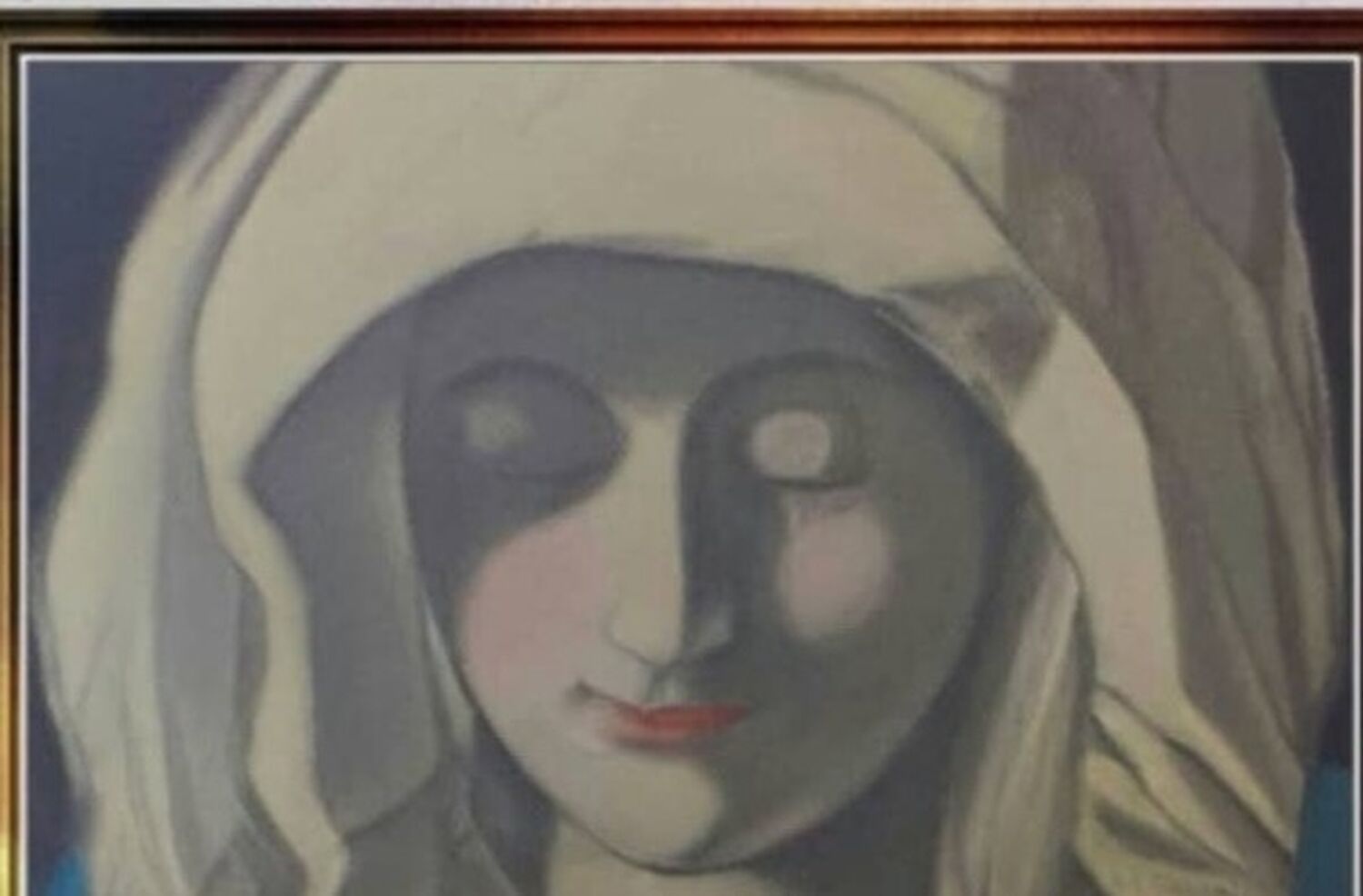 6. Cats Eye
Love for animals - Every type of animal brings me peace and love they are wonderful. 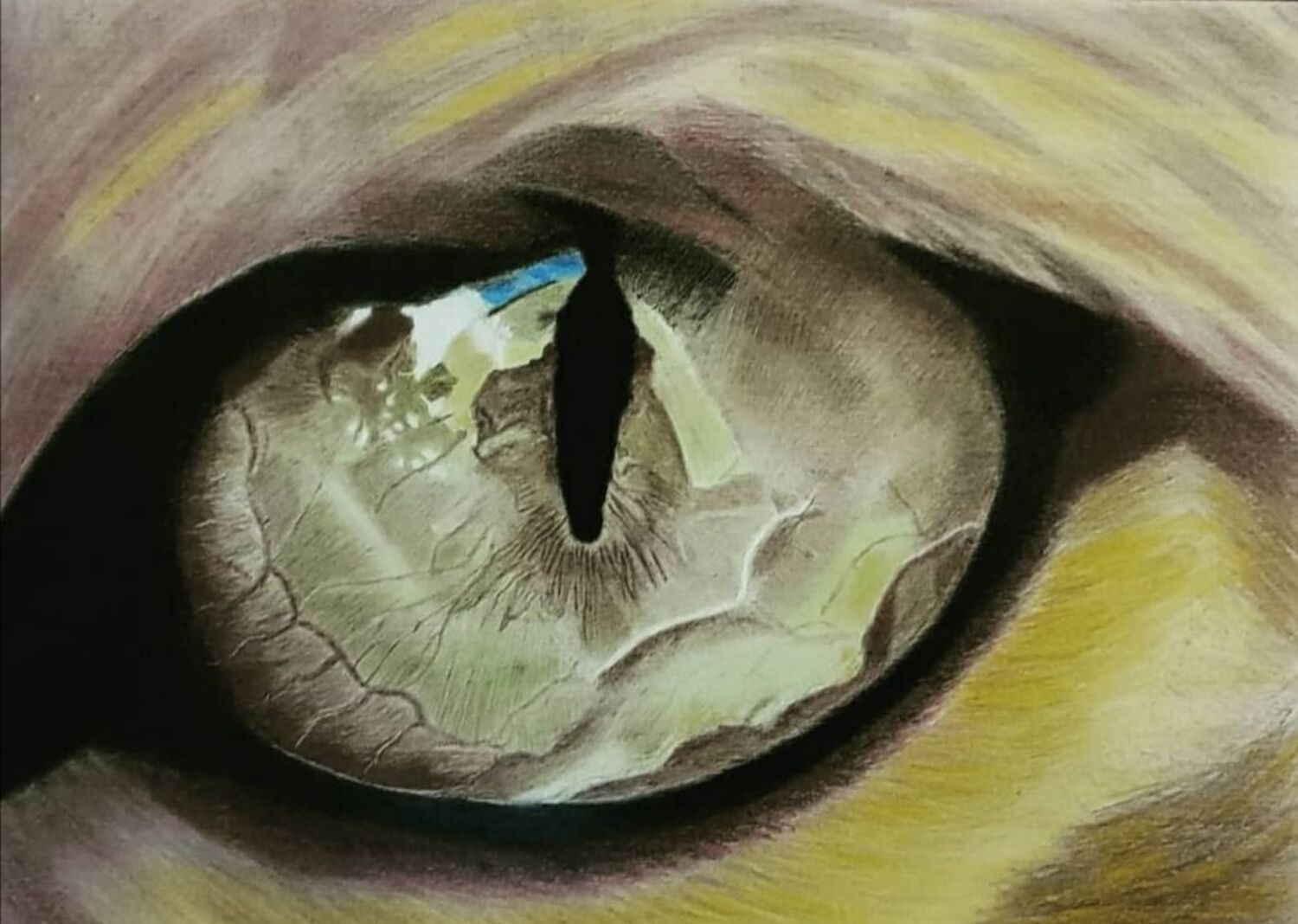 7. Good byes
This painting was inspired by connection and how sometimes breaking off connection with people that bring you down is necessary. ­It’s hard but for your mental health you need people in your life who will pull you up, not keep pulling you back. The grey band aids also represent the healing that occurs when breaking those connections as they are the same colour as the lower hand. 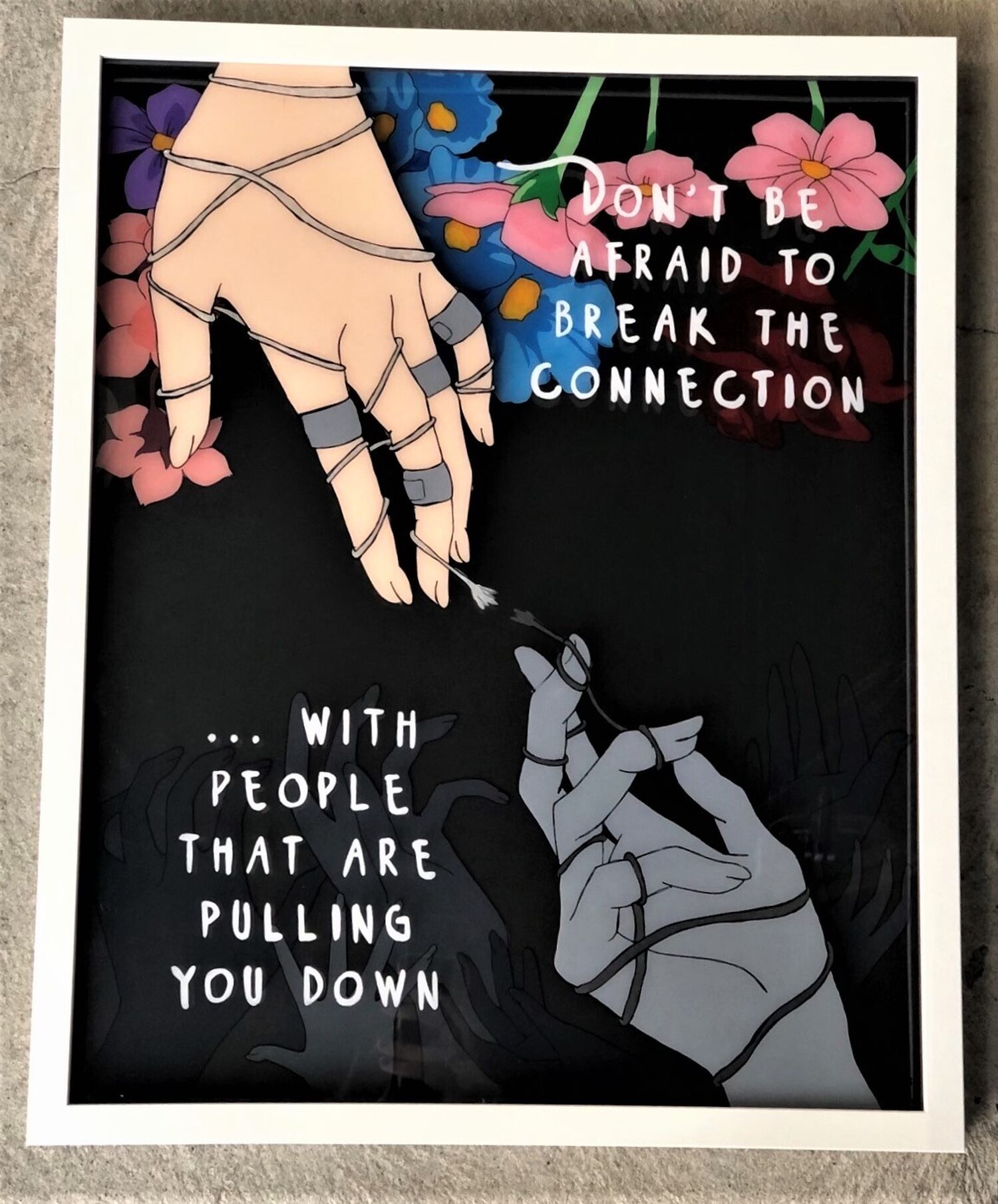 My artwork is inspired through my spiritual connection with all the creatures that live and survive in the wile. They survive by their instincts, but yet are gentle enough to raise and nurture their young. I have added a new dimension by depicting their environment on the body which I believe completes the total drawing as it details the necessities for the ongoing cycle of life. 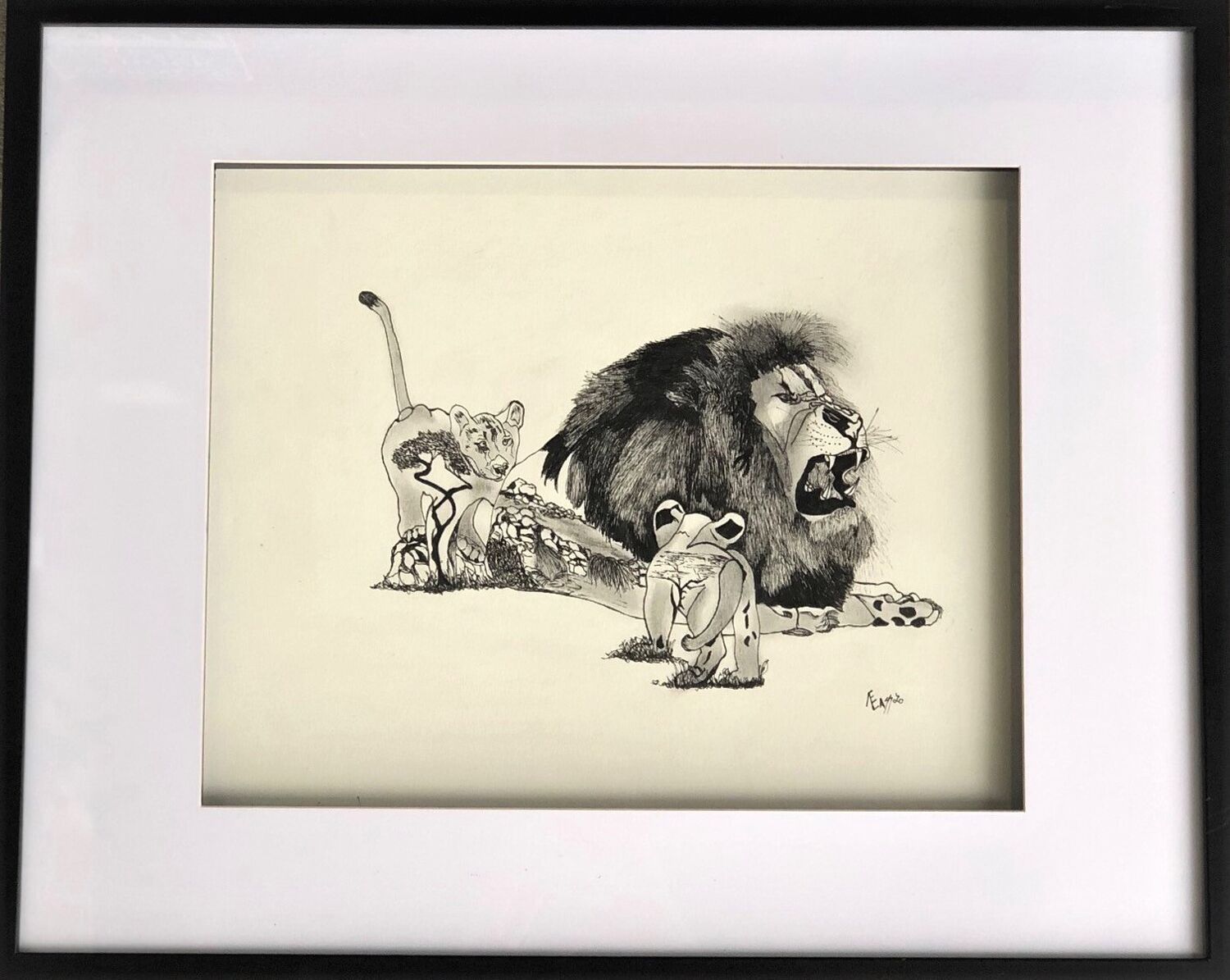 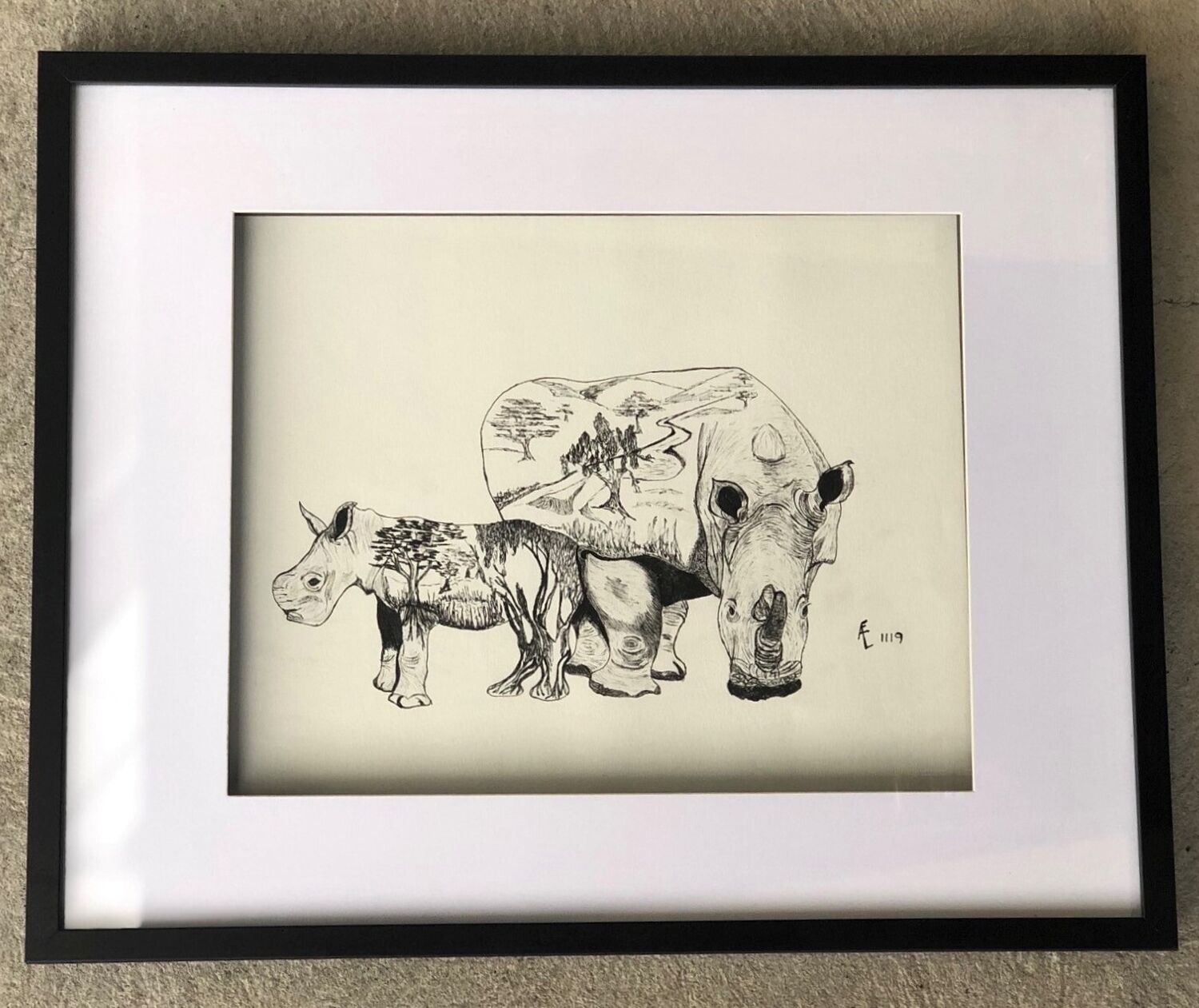 9. My Family
This artwork is a memory of myself with the family at the beach before the covid-19 and can't wait to go back and play in the sand with the kids. 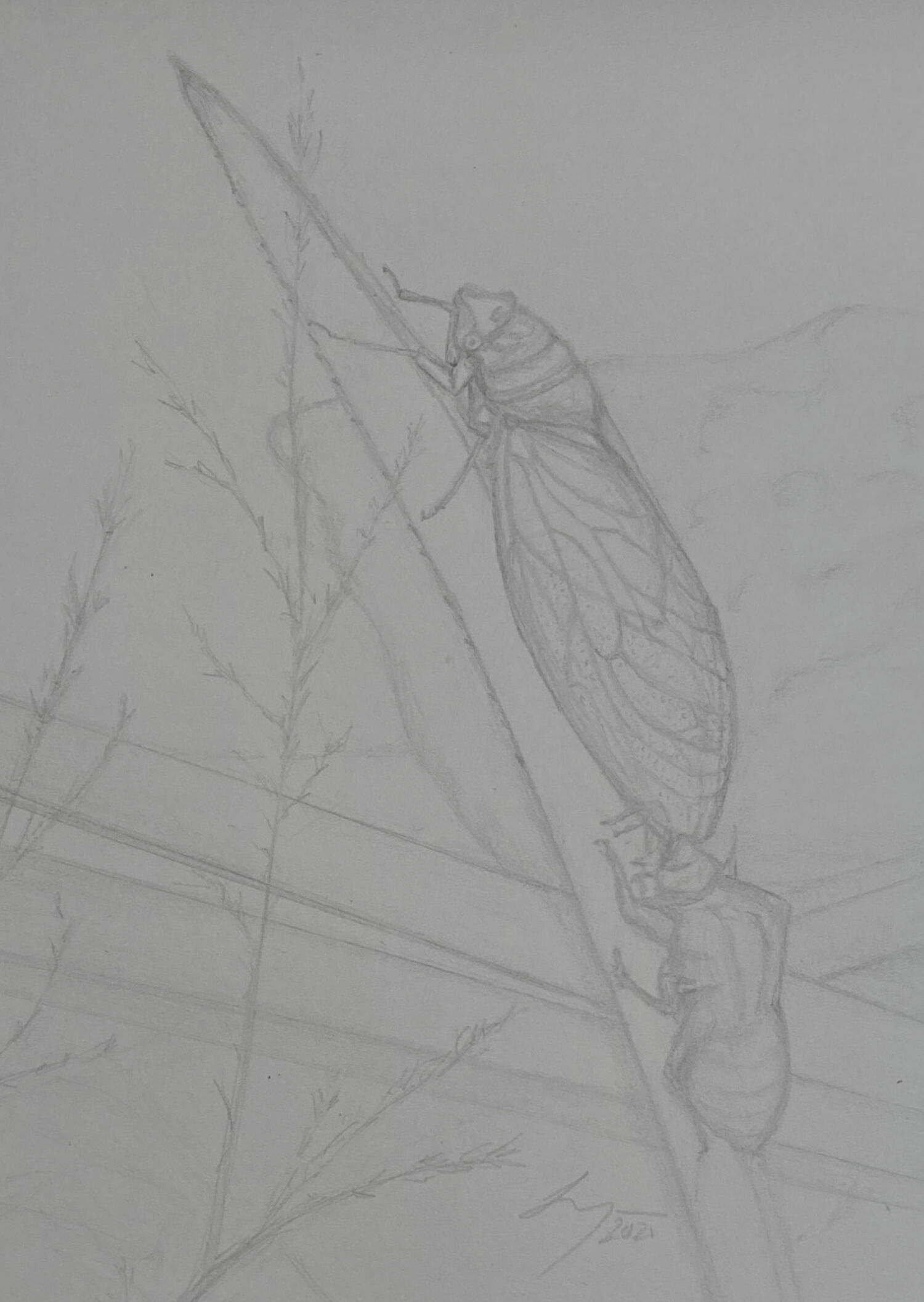 11. Orchid - The Joy in the Simple
COVID, Lockdown - more lockdown. Yeah, heavy and hard yards. This beauty in my backyard burst joy and light onto the arena. Hope it lifts your day and lockdown season too. 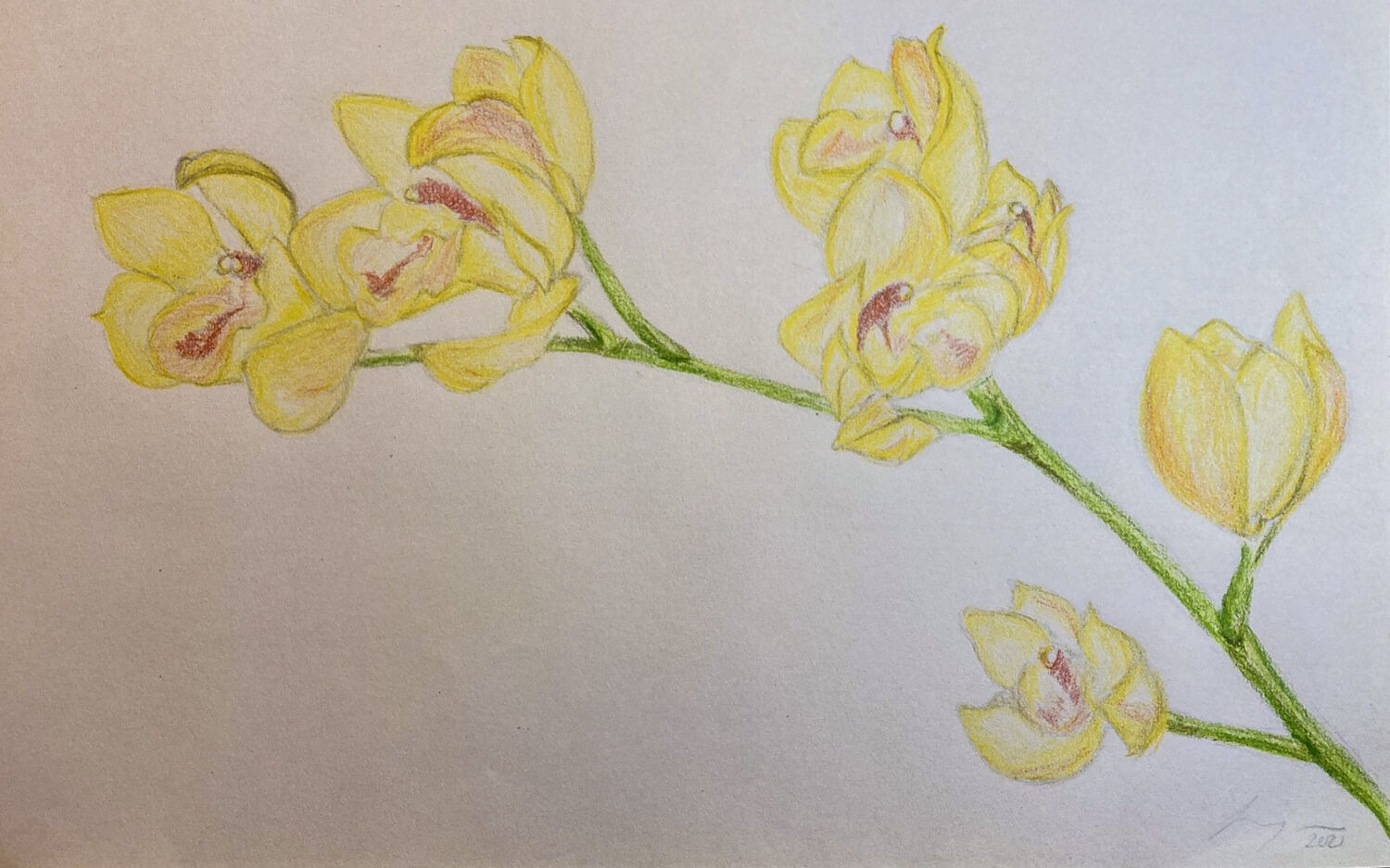 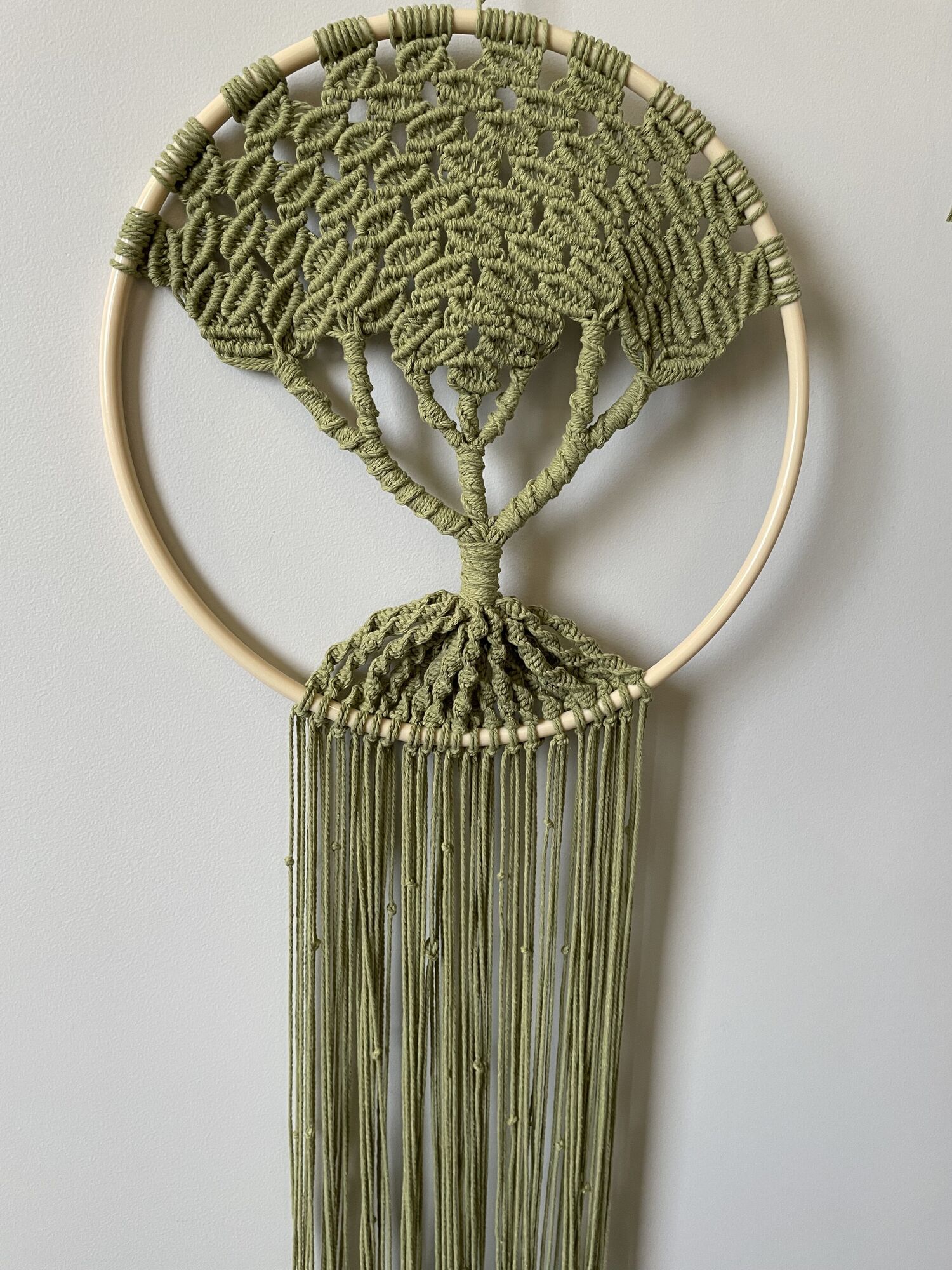 13. Mood Tree
I wanted to create this to get a feel for a person's moods. When a person suffers from Trauma, PTSD, Depression etc they do not know how to explain in words. This painting made it easy for me as my kids were always able to point to the colours that explained there mood best and it was a life saver in my eyes. 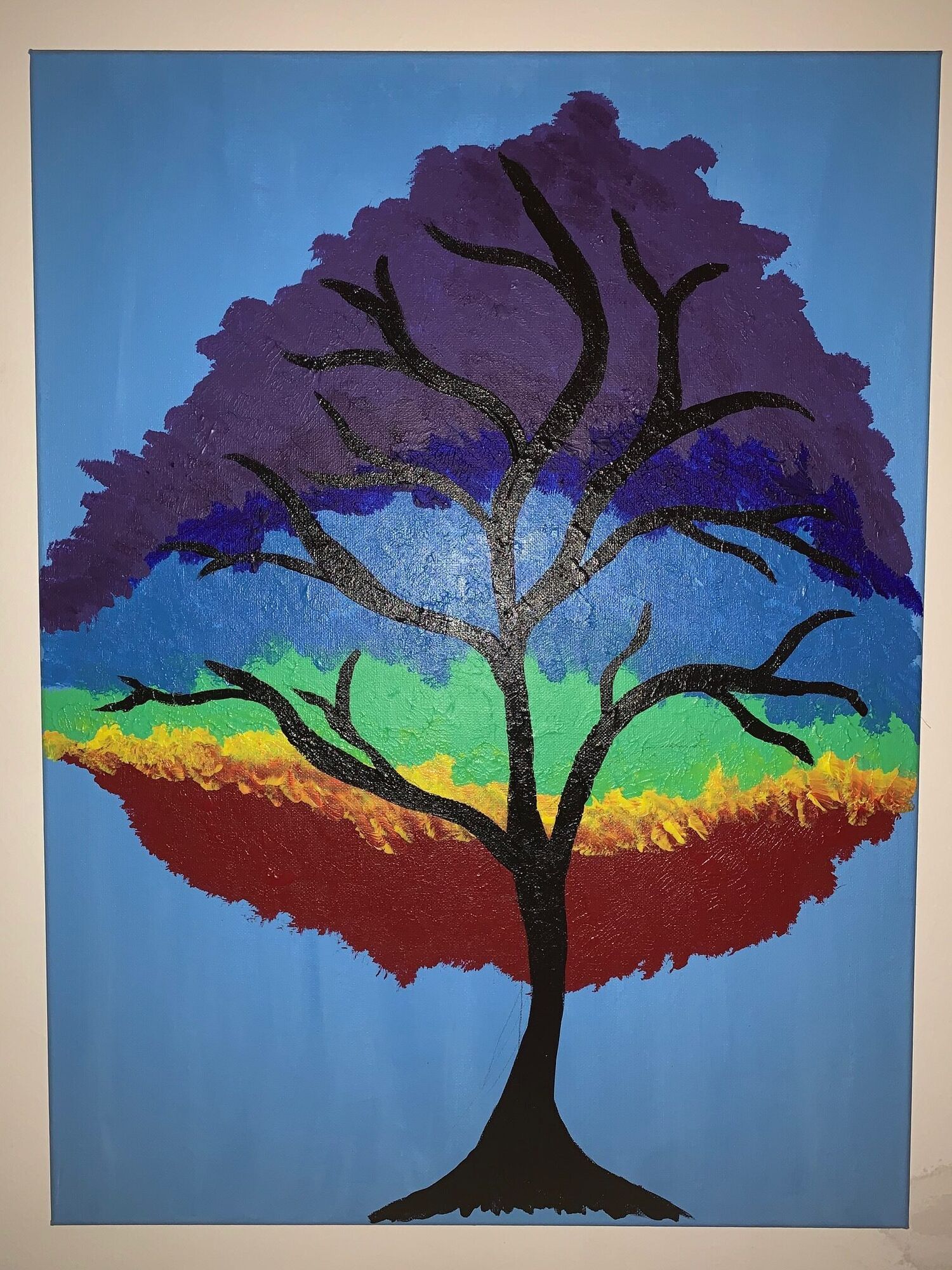 14. Uncertainty of Life
The artist lost her partner in a horrible car accident which she was involved in also, this was in 2020. It was the most tragic day anybody could ever imagine. She was inspired to paint these strands of a beautiful plant she stumbled upon, it gave her a beautiful feeling of life. Perfection is not just in human life, but in all forms of life as we see it. 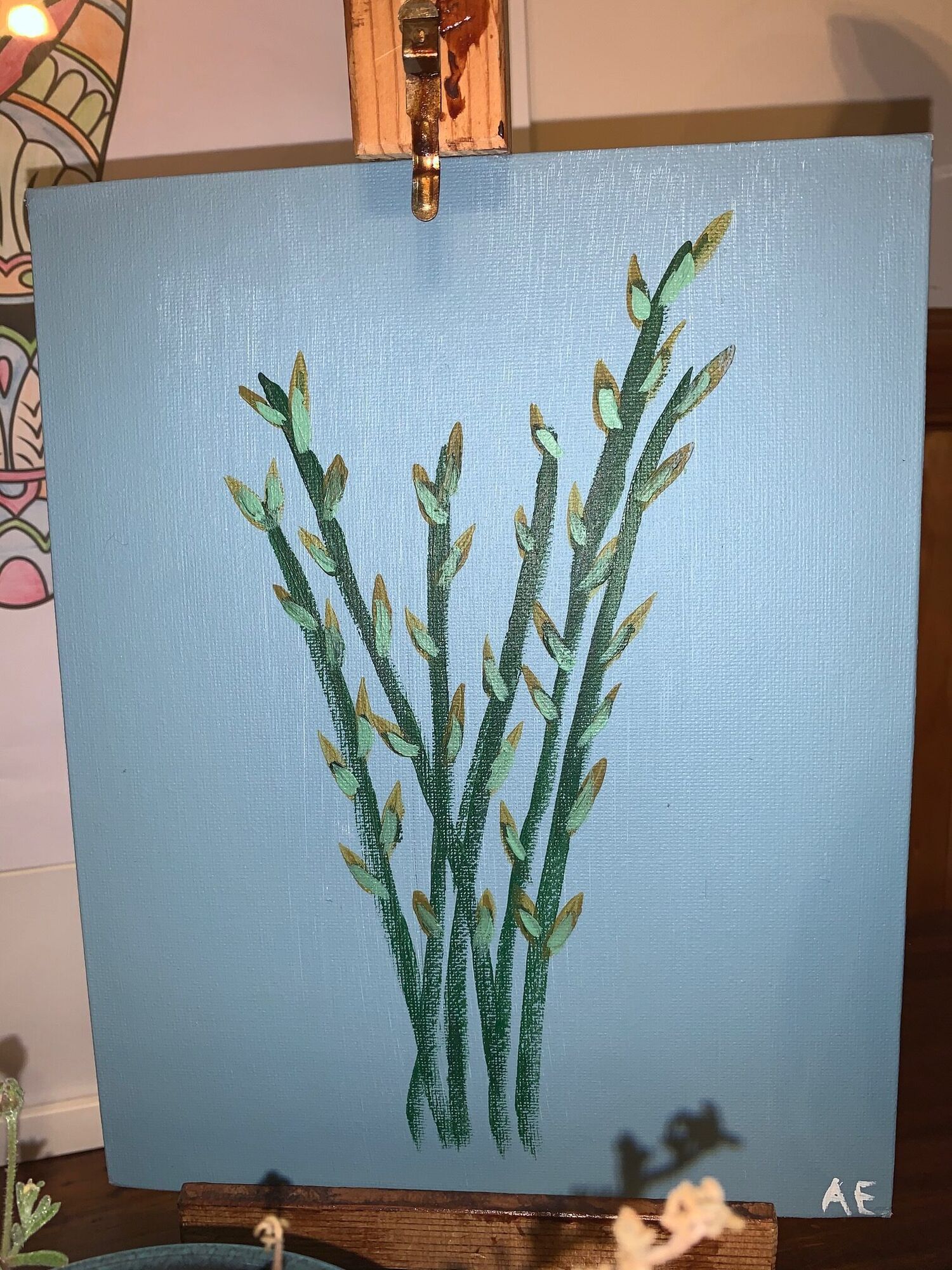 15. Reconnection
The body parts that are disjointed represent how I felt before being admitted to South Eastern’s Mental health unit. Very disjointed and all over the place. With the exceptional care from the doctors, nurses and staff I feel reconnected and renewed. The grass basket is an indigenous art form done by the women of the tribe. It is said that with every stitch you dispel any negativity you may be feeling. 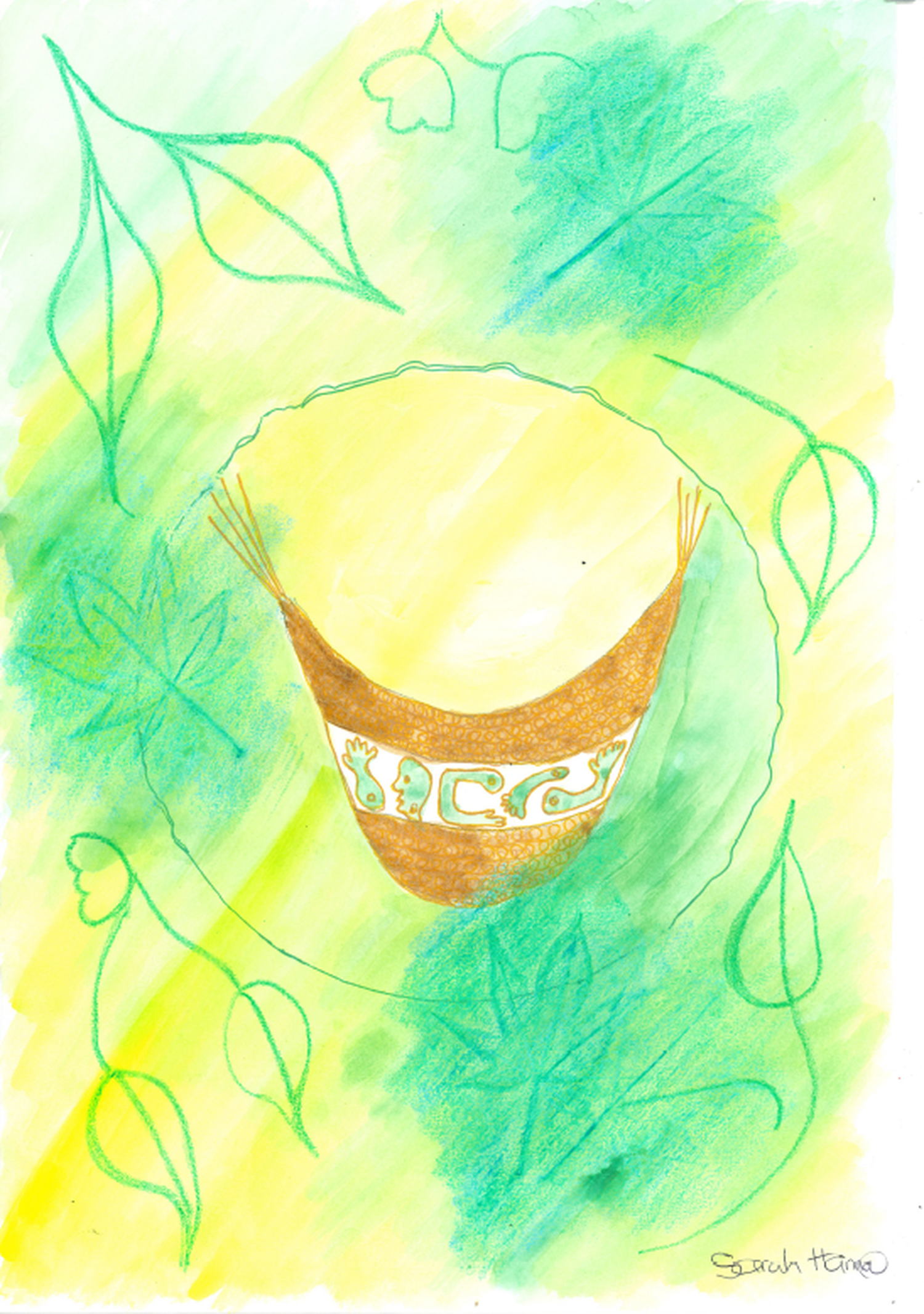 16. The Healing Power of Connection
Alongside an African Acacia tree, this piece depicts a young elephant holding onto its mother’s tail as they continue on their journey through the Sahara Desert at sunset. For me, the image depicts a maternal figure guiding her young through their life journey. The symbolic physical connection of the young elephant holding onto its mother’s tail while journeying, is comparable to the way humans will hold children’s hands when walking, to keep them safe, and to guide the way. It is this maternal gesture of guidance, independent of gender that stands out and resonates with me in this piece. Throughout my mental health struggles and subsequent ongoing healing, I’ve visualised those in my support system, both professionals and family and friends, irrespective of age of gender, as being maternal figures. They have, and continue to support me as safely as possible through my journey of healing, and offering words of wisdom and passing down stories and lessons from their own healing. I hope that I am able to metaphorically reach out and help those struggling on their journey, and connect with them in the same manner that I have considerately received from others. 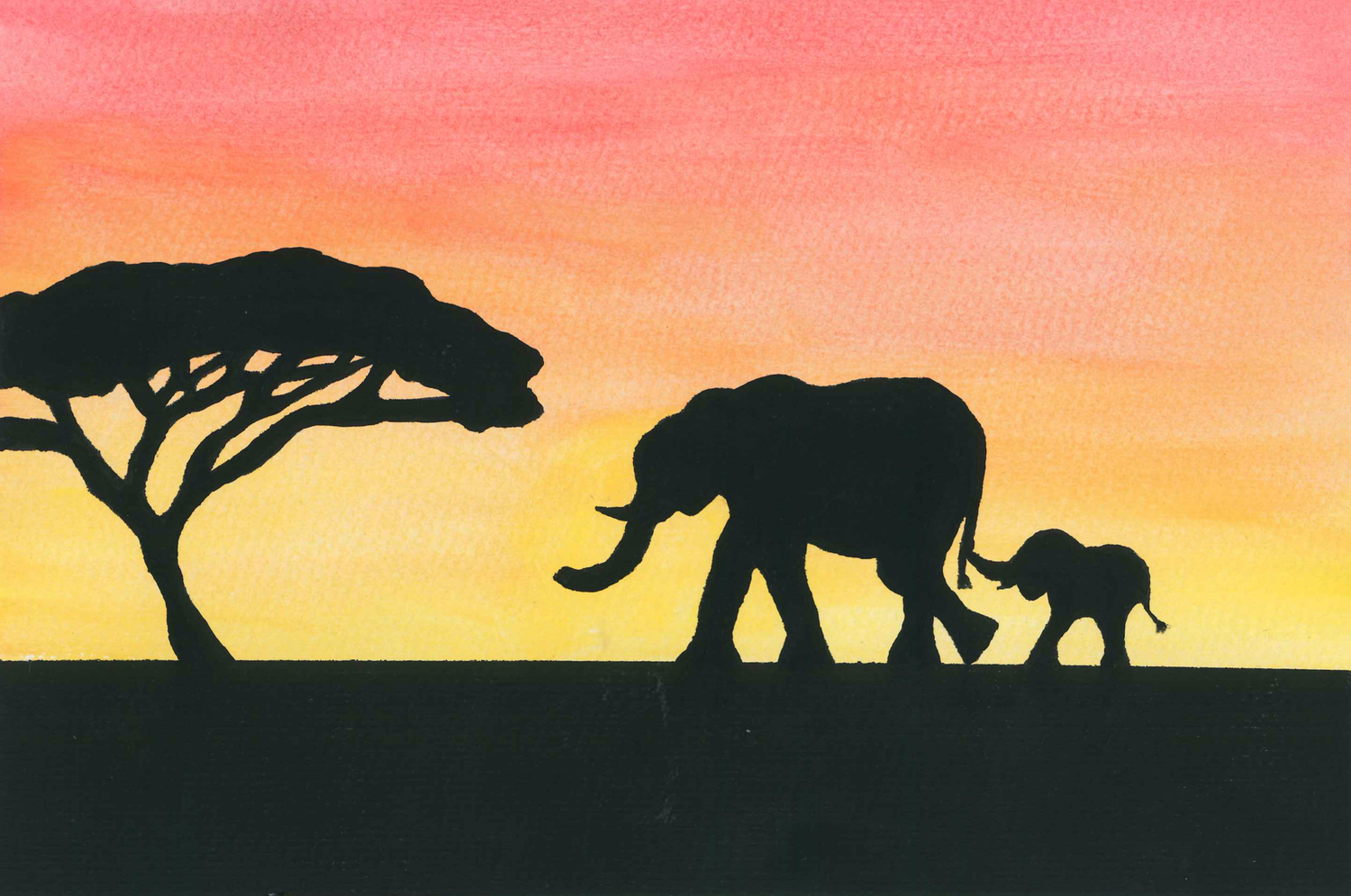 17. Symbiosis
This textural piece displayed in the Yin-Yang symbol illustrates of the mutually beneficial relationship between honeybees and foliage. Both yin-yang philosophy and symbiotic relationship interact with the concept of connection. The former conceptualises dualism, expressing the paradox of simultaneous unity and duality. The philosophy explores how complementary and opposing forces interact to form a dynamic system in which the whole is greater than the separate assembled parts. Symbiosis refers to any relationship or interaction between two dissimilar organisms. In this piece the relationship between bees and foliage is explored.

Bees rely on the flower for a food source, collecting nectar by travelling from flower to flower. In doing so, the flowers are benefitted, as the bee collects nectar it picks up pollen, transporting it from one plant to another, resulting in pollination.

I feel the symbiotic relationship between is perfectly summarised by the philosophy of Yin-Yang; at first glance it seems the exchange is purely give and take by the bee and flower respectively, yet, both the act of give and take (opposing forces) in this dynamic benefits not only both parties in the relationship, but is for the greater good of the environment and the future. Thus, the way the bee relates with foliage is a perfect example of mutually beneficial, give-and-take connection in nature. 18. River Kiss
Represents the connection between lovers and nature: the strength and support of boulders (similar to South Eastern’s services) amongst the violence of rapids (the demons we are trying to overcome. 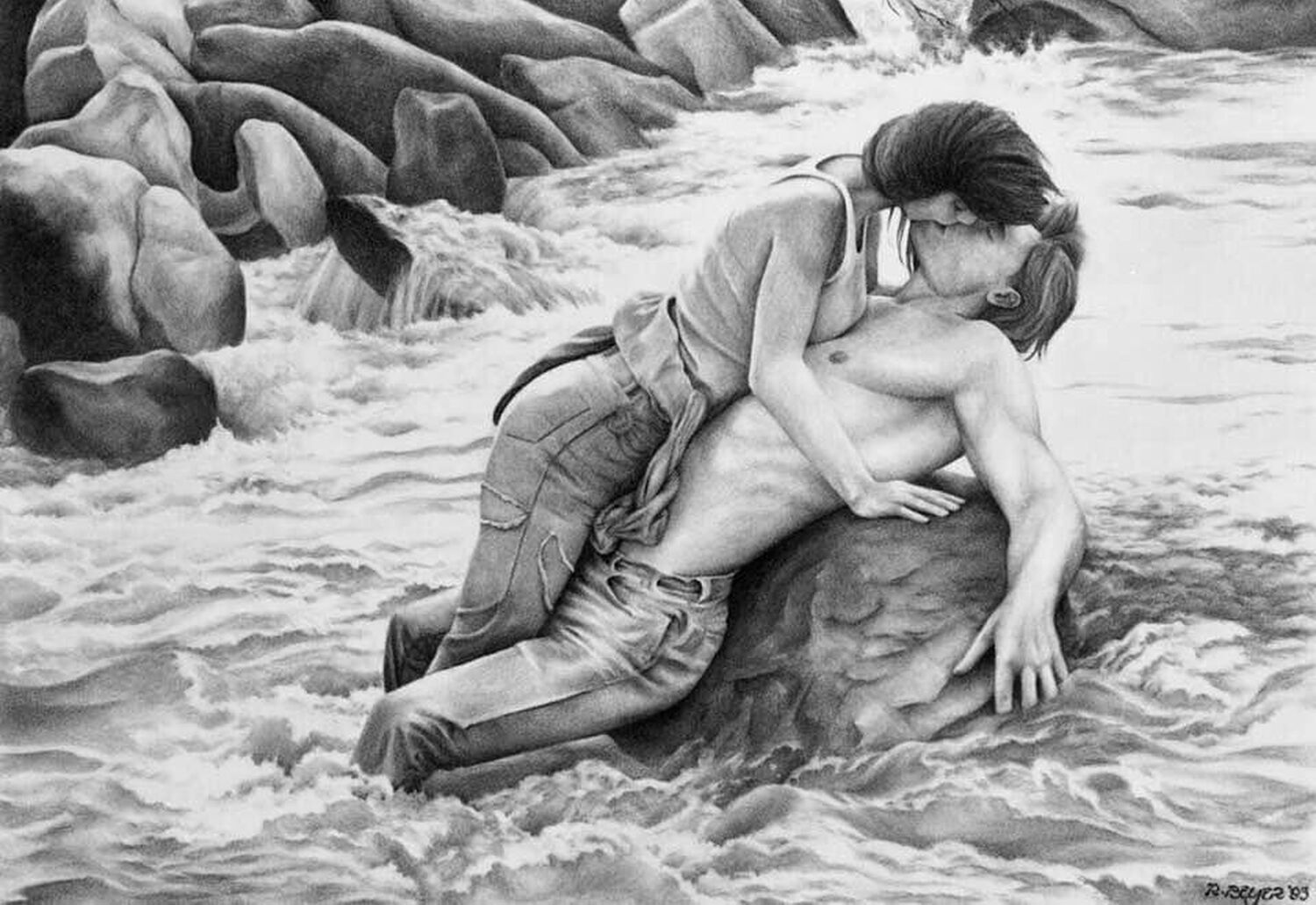 19. Joy
Connection to attributes we should strive to live strive to live by during and after recovery: think, meditate, breathe, relax, ground, enjoy and be happy. 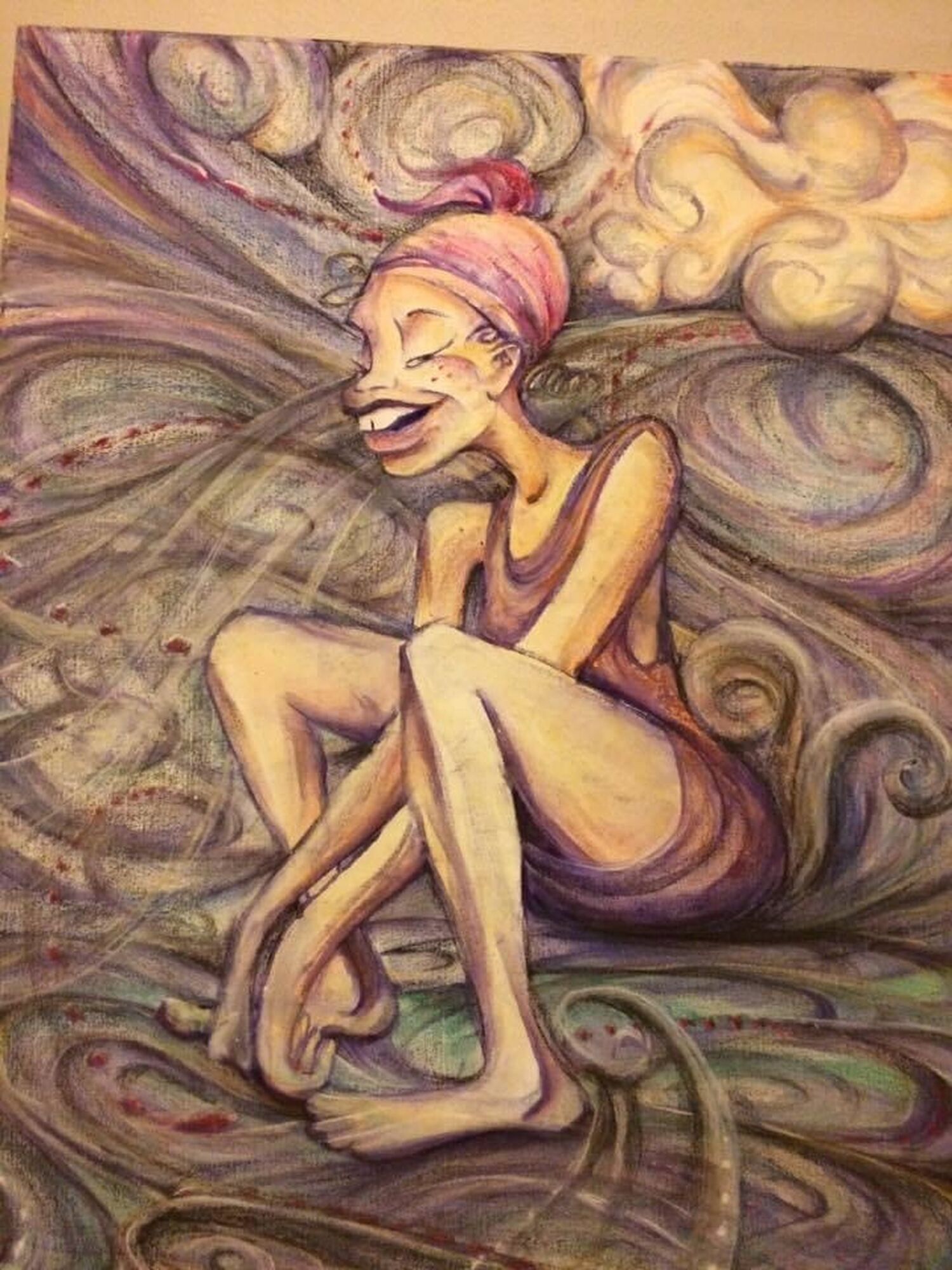 20. Birds of Song
Roosters and chickens work together providing nutritious sustenance for humans and animals through a natural reproductive cycle.
Humming birds silently pollenate a diversity of flowers in their natural environment. These flowers encourage future growth and provide sustenance both through creating food sources and a visual indulgence of colours giving humans a feeling of joy and happiness when in nature.
Connecting these types of birds to the vast species of birds within nature, communicating through sound, songs and body language. We all work together, both human and animals, as the custodians of this beautiful land and country to provide for a long term eco system rich in biodiversity for the longevity of life as we know it. Connected always in all ways. 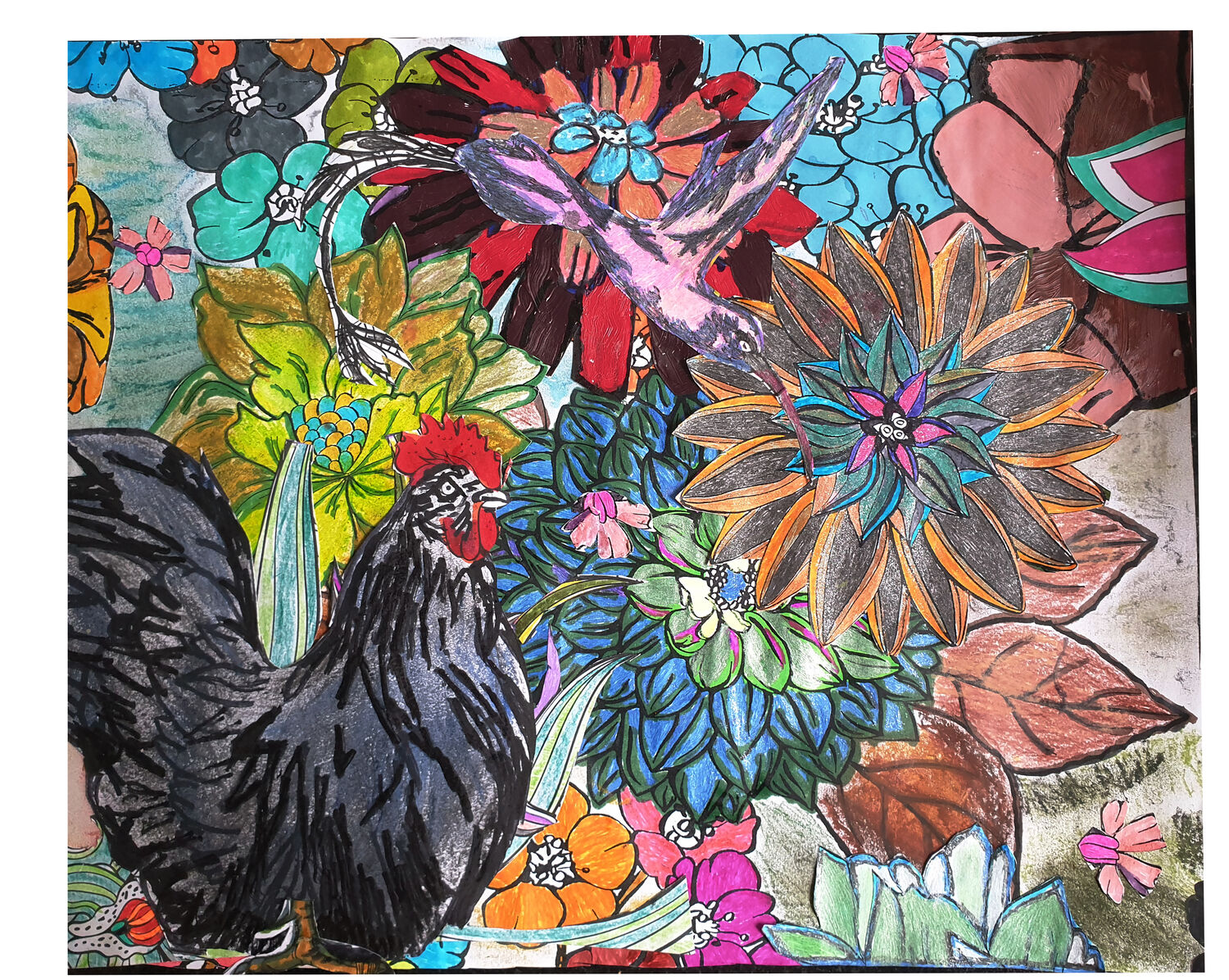 21. My Connection, My Family.
I realised one day that the fact that I am looking back in the past 2 years meant I would have to have gotten through the past two years to be able to be here today! More importantly, it also made me questioned what got me through it and I realised that it was my family who I work with every day!! We share laughs and tears, and support one another when the going gets tough! They gave me a genuine CONNECTION that I thought was not possible due to the lockdown restrictions on gatherings. The black paper I have used represented the dark times that we had for the past two years. I used a pencil to draw the most important connection I had in the past two years and to demonstrate that even in the darkest of times, we can still draw a silver lining to remind us we are surrounded by family. The stick figures, represent my incredible family members doing what they do best- being there for others. 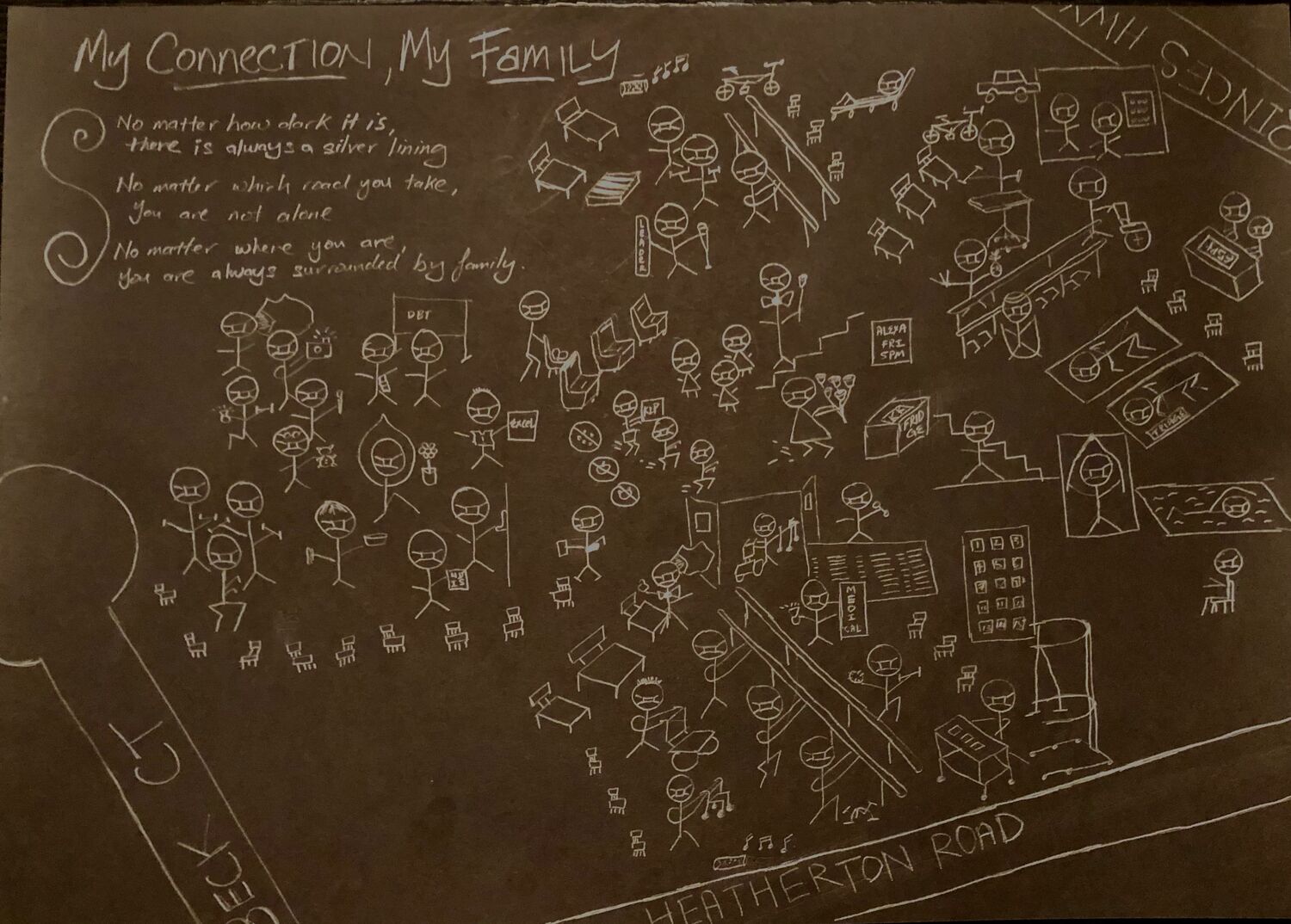 22. Light in the Darkness
This image inspired me to connect with the light rather than being consumed by the darkness. We can easily be drawn into concentrating on the dark forest without seeing the light that penetrates it. No matter how deep and dark a place we find ourselves in, light can shine into the darkest of places. It can bring us the hope and strength we need to reach out and form a connection with those who can help us along the journey. 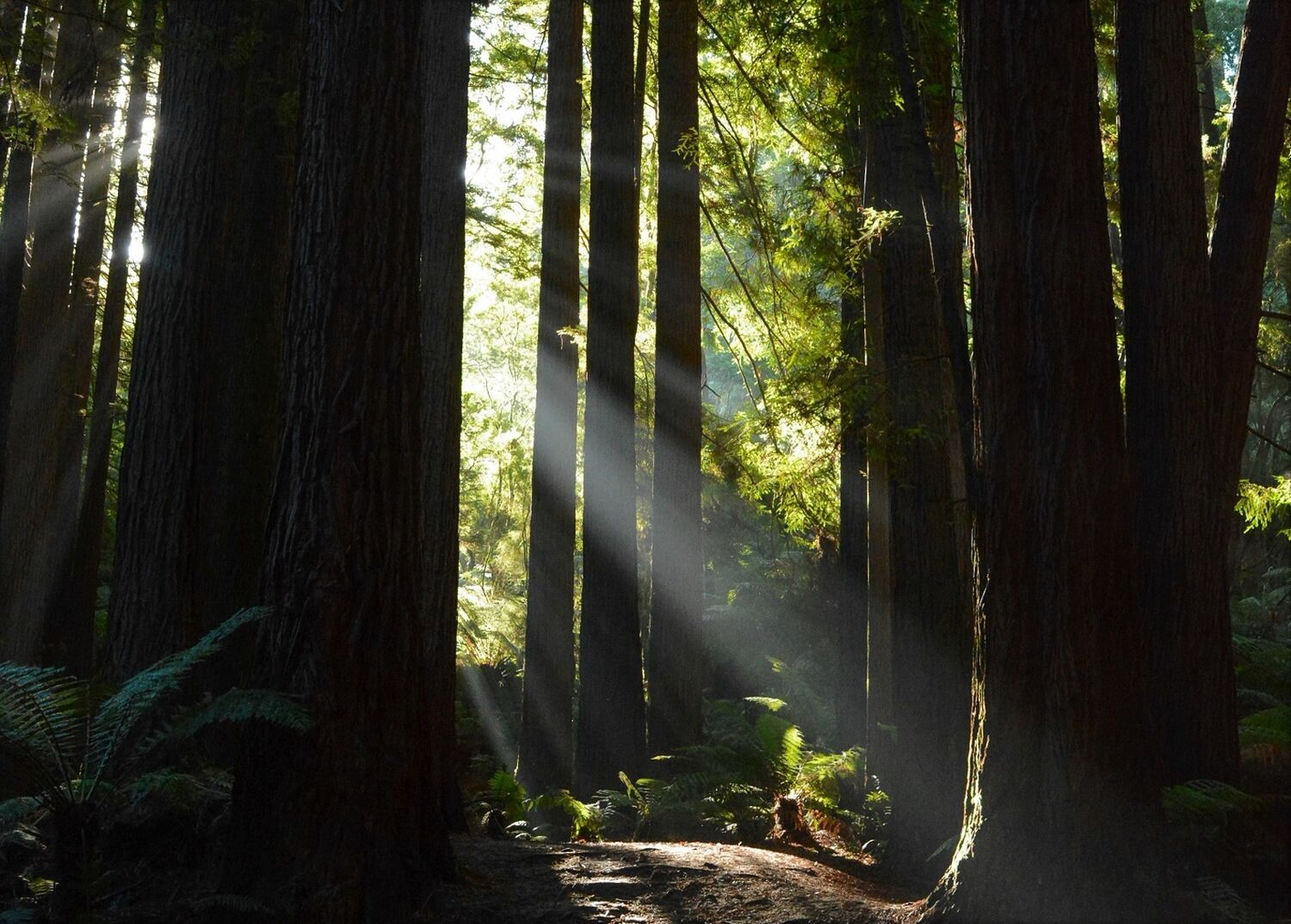 23. Accept me as I am
This image made me realise that everyone has a niche into which only they can fit. Even though we may feel unlovely or unloved, we are all important to somebody, somewhere. We need to reach out and make that connection so that we can realise our full potential and find our purpose in life. It starts by accepting one another without judgement or criticism, and supporting each other through the hard times. 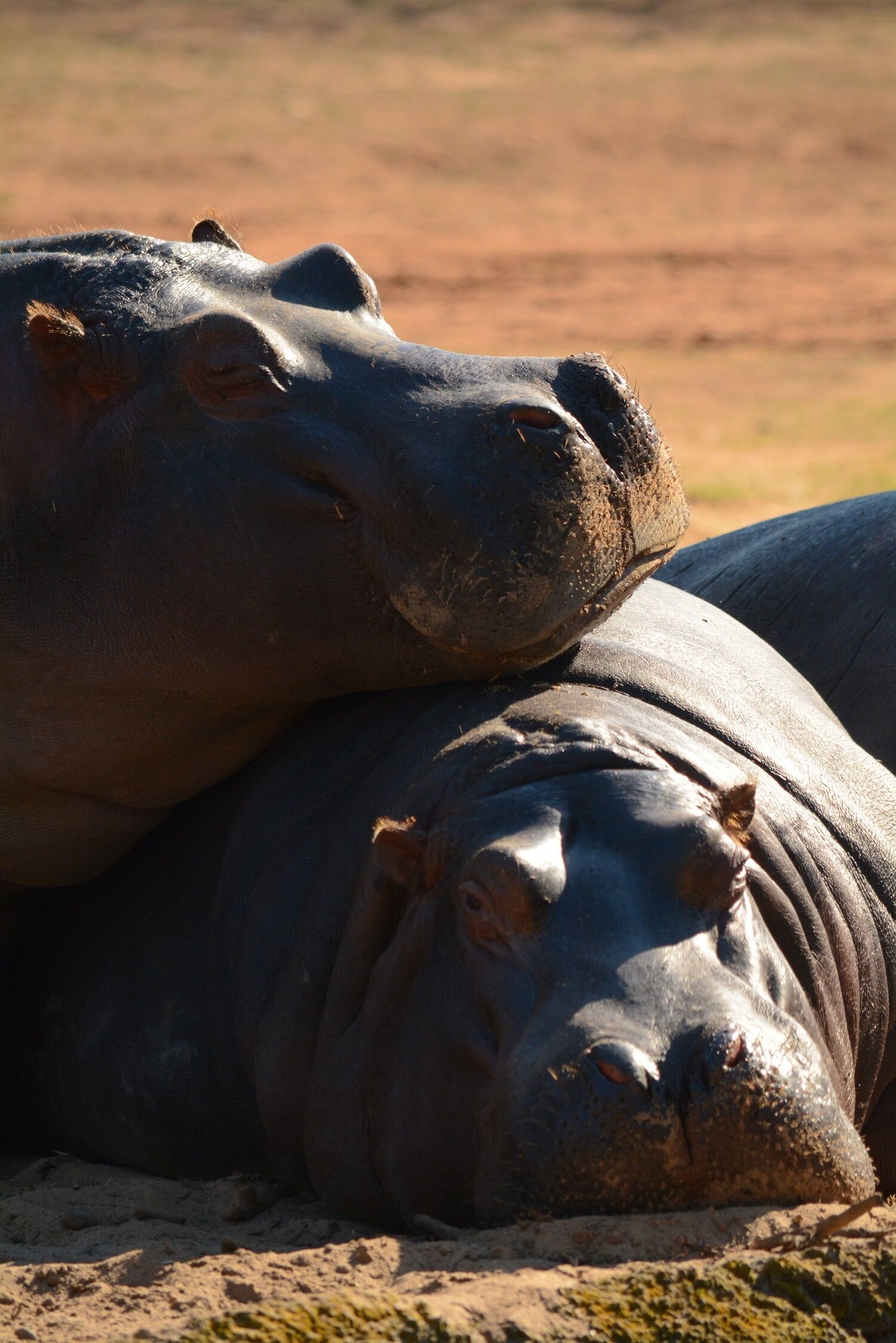 24. Recovery
Just as the Universe that binds and surrounds us, we too are made of a galaxy of connections.

Our artwork is an illustration of connection, not just by images, but also by the healing bond of two patients, connected by an idea, inspired by a joint design, and represented by intertwining layers of symbolism.

The comfort and friendship found in one another during our recovery while creating this project, is depicted through images of physical, emotional and metaphysical healing. Wow! What an amazing Art Show! Thank you to everyone who has taken the time to enter.