Acceptance and new learning the key for Keith

Following retrenchment, unemployment and surgery, Keith suffered a breakdown. The team at South Eastern Private helped him find himself again.

In 2001 Keith was retrenched from his job and struggled to find suitable employment. This continued until 2004 where his feelings of having something ‘wrong’ with him, and financial pressures from unemployment, began to adversely affect his relationships and he subsequently suffered a breakdown. Since then, Keith has suffered a number of periodic relapses. He has been diagnosed with bipolar disorder in addition to Asperger's syndrome. Keith also experiences chronic pain, as a side-effect from spinal surgery performed in 2011.

“My mental health issues had not been adequately treated until my Psychiatrist referred me for TMS for the first time in November 2015. I’ve been an inpatient at South Eastern Private Hospital on several occasions, where the day programs were brought to my attention by my nurse and Psychiatrist.

“My Psychiatrist recommended that I attend a CBT group which was my first introduction to the day programs. I have now attended a number of groups over the past two years including Acceptance and Commitment Therapy and Art Therapy.

“At first, I had difficulties accepting my diagnosis and the limitations, particularly with my tendency to catastrophise. Since attending the day programs, I have been able to accept what is beyond my control.

“Since my most recent admission (July 2021), I have been feeling much more confident in trusting my own judgement, and in keeping my inter-personal boundaries clearer with other people. I understand now that it costs me nothing to be politely assertive. I have particularly enjoyed the ‘acceptance’ module.”

For others wondering if South Eastern Private Hospital’s Day Programs are right for them, Keith says “Check out the brochures, speak to your doctor and your nurse and ask questions. I firmly believe we all can learn something new.”

Thanks for sharing your story Keith. 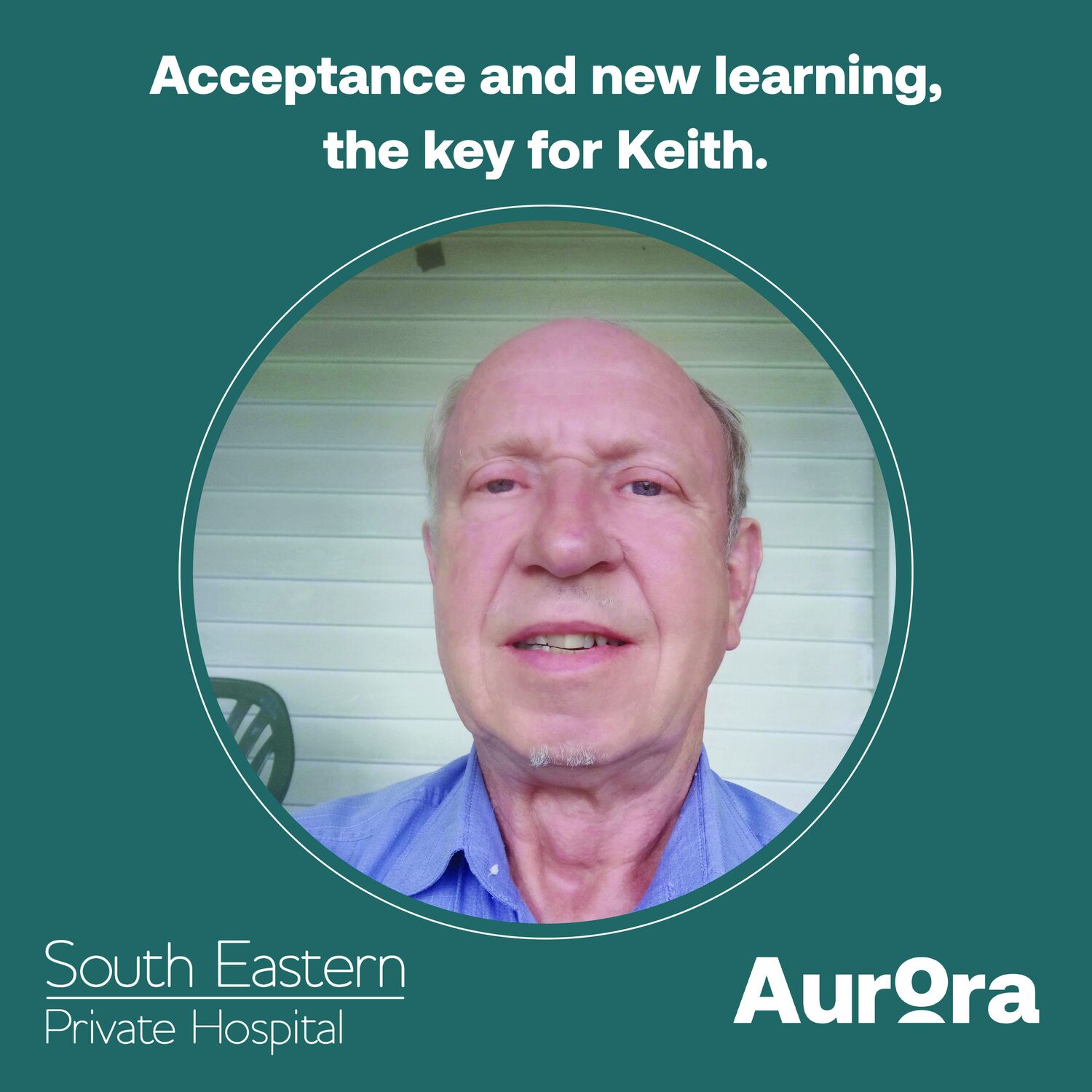